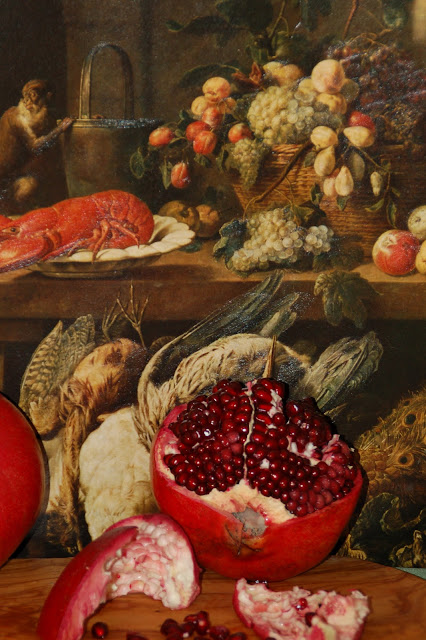 The pomegranate is native to the Persian Plateau and the Himalayas in India. Later became a prized tree in formal gardens and court yards and the fruit was valued for its color and taste. The ancient fruit is even  mentioned in European literature during the ages as early as the 6th century. Now, it is cultivated around the world sought after for its juice and arils for the gourmand. 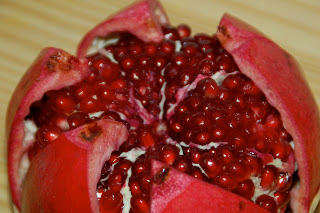 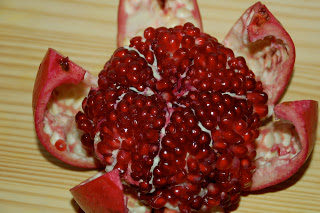 Introduced into Latin America and California by Spanish settlers in the 16th century. Here they planted them in the missions circa 200 years ago. Now, in November 2010, I got these at a supermarket nearby. They have only traveled a short distance from the San Juaquin Valley here in California still fresh and plump. I am always thrilled to open them to find hundreds of ruby-red juice sacs that are so gem-like. 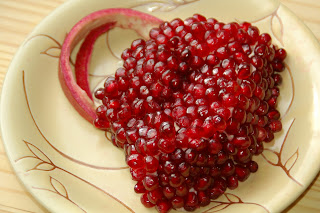 This might just very well be Dorothy's matching handbag! Don't you think? 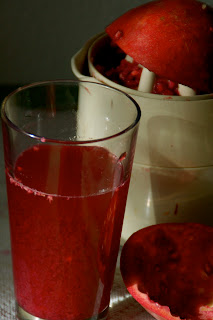 I extract the juice the same way I do an orange. I cut a portion of the big pomegranate and press it on to the juicer. I usually drink the juice but today I thought of making a nice treat for you. Pomegranate juice you can eat with a spoon. For 1 1/2 cup juice add 1 tablespoon of muscovado sugar and 1 teaspoon of lemon juice. Sprinkle half of the juice with agar-agar powder and set aside. Boil the other half vigorously and remove from fire. Stir in the rest of the juice to blend the gelatin completely. Pour in glasses,chill and garnish with some arils. 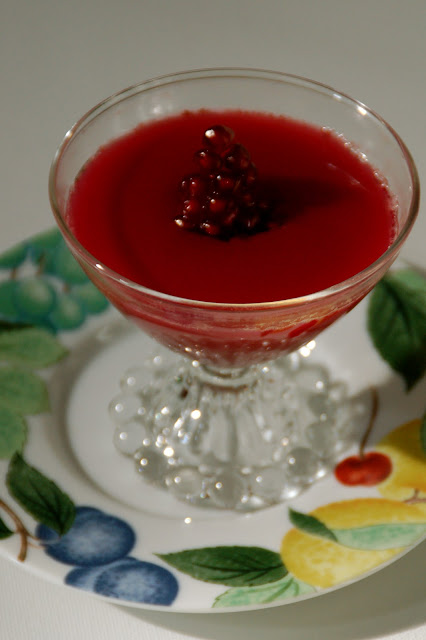