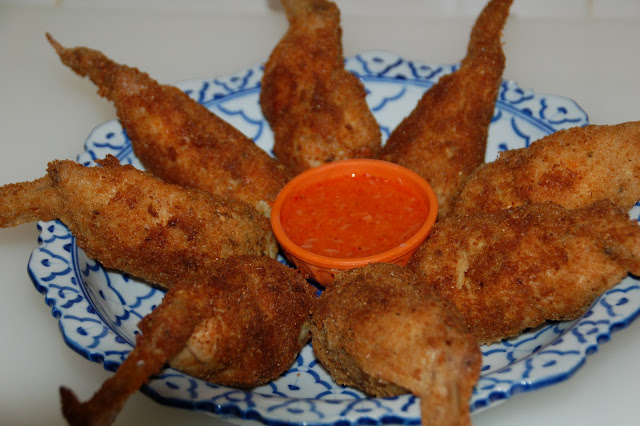 Many like this dish very much but would not make it because they think its just too laborious or too difficult. When in fact is easy as pie. The dish is of Thai and Vietnamese origin. Most popular as finger food, an appetizer or as a side dish. I saw them served like this in Bangkok and still remember the recipe. 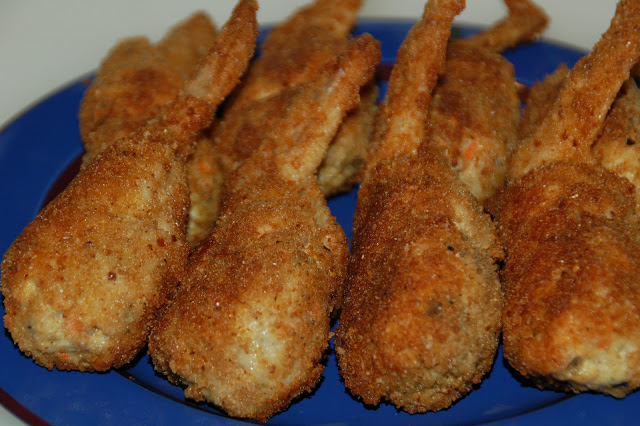 To many guests, they look like either lobster tales or breaded giant prawns, and so they fly off the platter in a flash but are never disappointed when they take the first bite. They usually for go for one more. 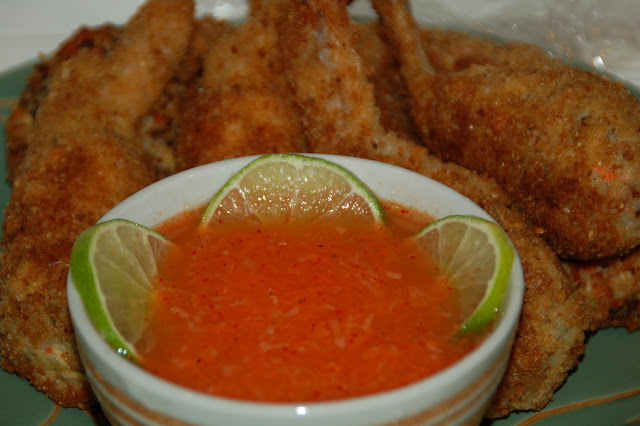 The dipping sauce is made of finely grated carrots using a microplane grater, 2 tablespoons and garlic 2 cloves. Season with fish sauce, lime juice, palm sugar, black pepper and a hint of cayenne pepper powder then dilute with warm water. Adjust seasonings according to your taste. 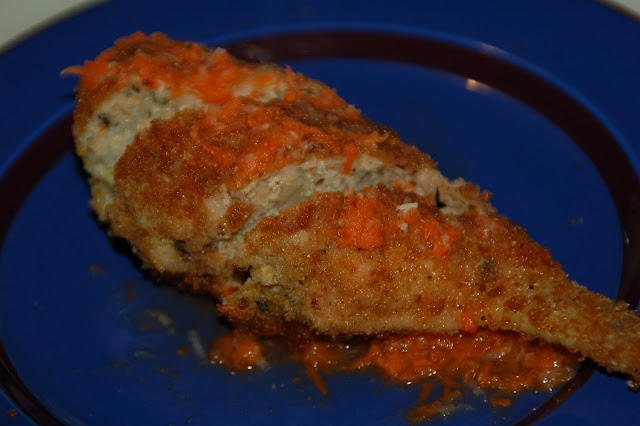 The wings are usually served with the dipping sauce that makes the appetizer even more flavorful. The dish is prepared in a variety of ways. This is my version made specially for you. 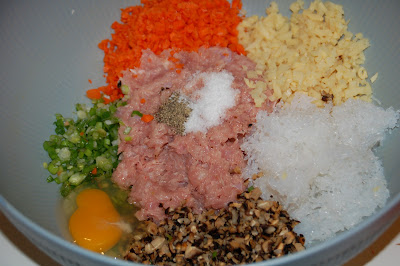 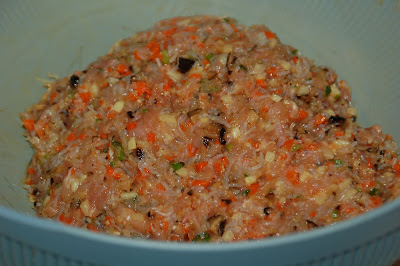 Thoroughly mix in a huge bowl 1 egg, 1/2 cup each of the finely minced scallions,carrots,bamboo shoots,blanched moong bean threads, softened dried shitake mushrooms and 2 1/2 cups of ground chicken leg meat. Season with salt and black pepper well. You can also use other lean ground meat of your choice. Then set aside to prepare the wings. 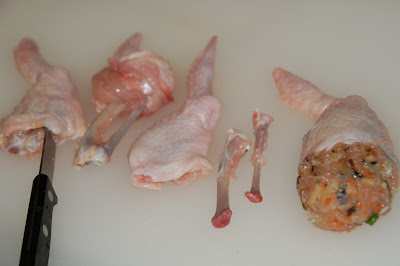 Clean at least 12 and cut off the drummet portion of the wing to save for another recipe. Bone each one by cutting around the two joint bones carefully with a sharp paring knife. Then push down the meat scraping the ones attached to the bones. Separate the two bones and dislodge them one at a time. They should come off easily without breaking. Stuff the wings by holding the wing like you do an ice cream cone towards the top and begin stuffing, packing it down to the bottom. I should make a fat little wingget. 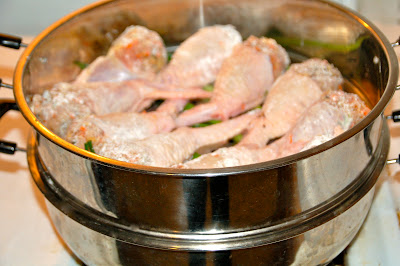 Dust each stuffed wing with flour and steam for at least 30 minutes. Line the steamer with green onions to avoid them from sticking to the pan. When done carefully transfer them to a plate to cool a bit. Then roll them in egg wash, and then in panko bread crumbs slightly seasoned with salt and pepper.  Pan fry till golden brown. Lay them on paper towels to absorb excess oil. Serve them in any nice way you like. 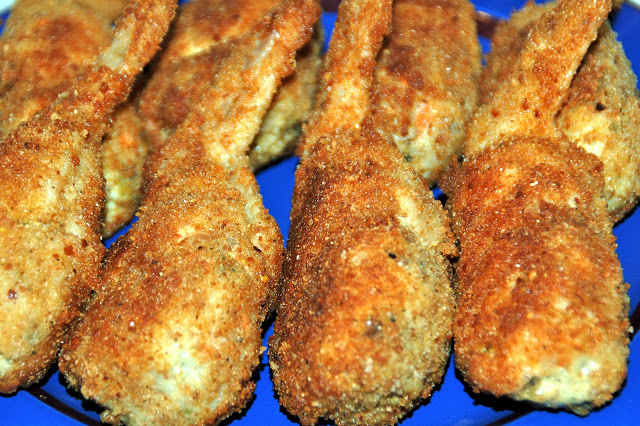 This recipe is for 12 but guests usually get 2 or more so make two batches of these if you like. Enjoy!
Posted by art is in the kitchen at 6:48 PM