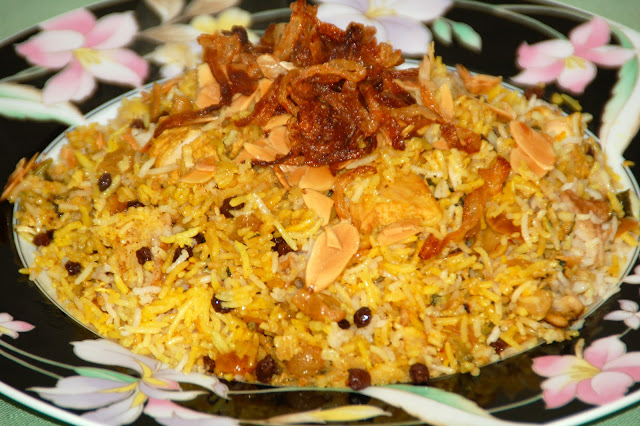 Biryani is cooked with different meats like mutton, lamb, goat or chicken. Most popular is chicken. Other variation include vegetables only, fish or even eggs. The Biryani is by far one of the most popular dishes in India but many dread to make it for fear that the rice would not come out fluffy and the meat not really tender. I am one of them. I started by gathering some tips from experts and practiced making it. Here is another trial that is seemingly worthy to serve. Anyway, legend or history says that it originated in Persia and made its way to India. Based on the name "birian"in Farsi meaning, fried before cooking and the style of cooking (Dum) might have come from there too. I was also told that the Maharajahs when traveling long distance took an entourage of cooks on stops, cooked rice and meat together in one big pot thus created the dum method. Anyway here is a goofproof one I just tried. 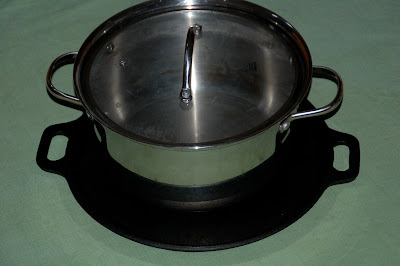 Choose a thick bottom pot and a cast iron griddle to slow cook rice and meat to be sealed with flour dough to almost mimic pressure cooking. 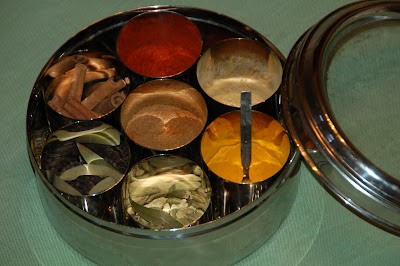 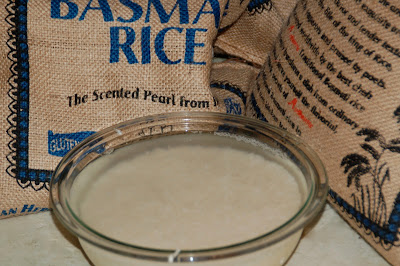 Meanwhile wash 4 cups of Basmati rice until water is clear and soak for 30 minutes. 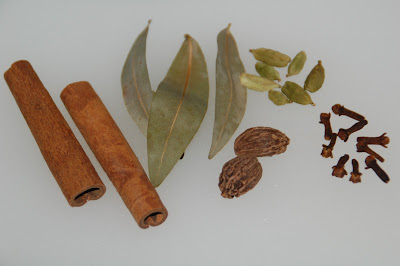 These are the whole garam masala to be sauteed in oil with the ginger-garlic paste for a couple of minutes before adding the marinated meat: cinnamon sticks, bay leaves, green and black cardamom and cloves. You will need all minus one cinnamon stick. 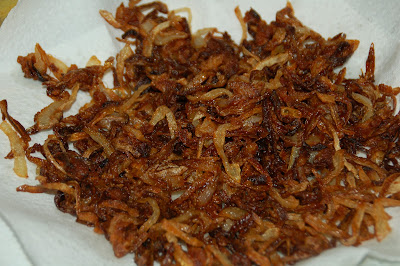 Fried crisp onions for garnishing and a bit added to the marinade. To make them crispy, dust  with flour before frying. They should not be too dark or they will taste bitter. 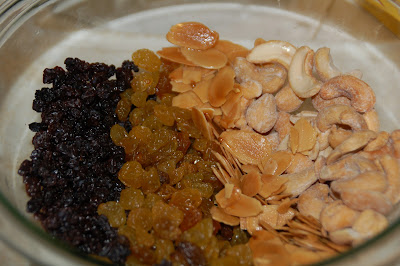 The black currants, golden raisins, toasted slivered almonds and cashews goes with the rice when cooked with the meat. 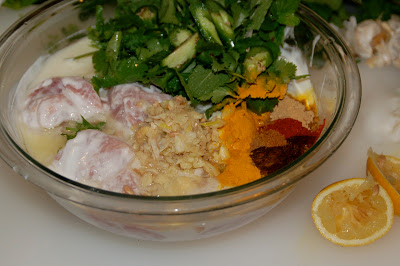 Now marinate 2 pounds of lean lamb cut into cubes with 1 cup of plain yogurt, 1 cup chopped cilantro and mint leaves combined , 1 or 2 green chilis chopped roughly, 1/4 cup ginger-garlic paste (ginger and garlic of equal amount chopped and pounded into a paste) and a handfull of crisp onions crushed. Then the spices, 1 teaspoon of turmeric, 1 teaspoon of garam masala, 1 teaspoon of chili powder, 1 teaspoon of coriander, 1 juice of lemon, salt to taste and some oil and mix well. 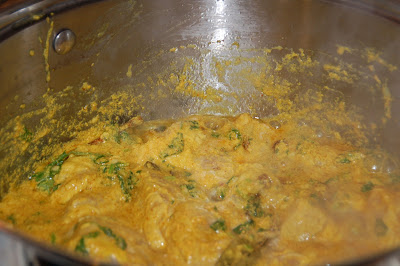 Sautee in oil the whole garam masala with just one cinnamon stick broken for a minute then add 1/4 cup of ginger-galic paste, stir for another minute or until fragrant. Now add the marinated meat and allow to cook for 10 minutes. Check seasoning at this point. Put the rice that has been soaking for thirty minutes in 6 cups of water nicely seasoned with salt. When the water starts to boil count one minute and drain the rice  then mix the nuts and raisins. Add all the rice on top of the meat. 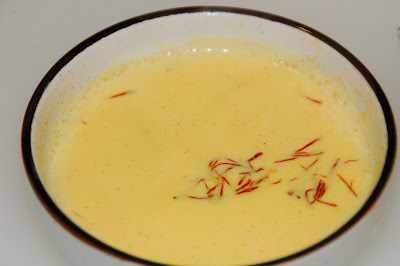 Boil 1/2 cup of milk with a good pinch of saffron and stir. This is to be sprinkled on top of the rice before sealing the pot. 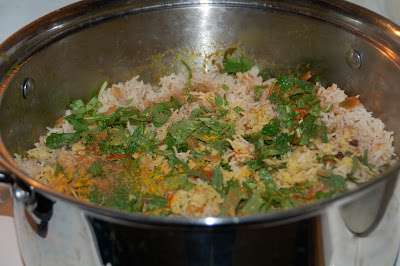 Top the rice with extra chopped mint and coriander leaves 1 teaspoon of garam masala and coriander powder. For last, sprinkle the saffron mixture over the rice. Note: I always start with 1 teaspoon of the spices but you can add more on whatever one you like to have more flavor. 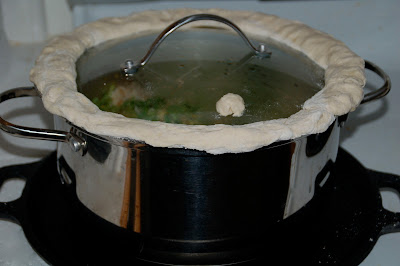 Seal the pot with 2 cups of flour dough completely including the vent on the lid. Then put it on top of a pre-heated cast iron griddle on low flame for at least 20 minutes. The biryani should cook perfectly after that. 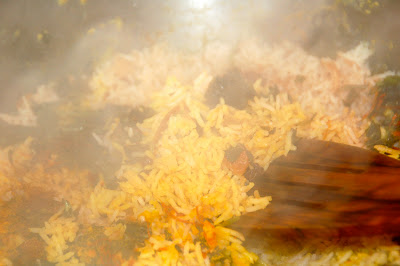 Remove the seal and fluff the rice then you can spoon the meat with it. The biryani is served with raita or dahi chutney, strained yogurt that is mixed with mint and onions. 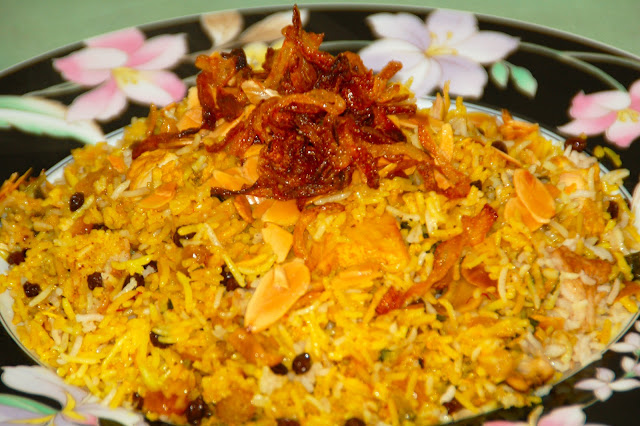 Garnish with slivered almonds and crisp onions and serve.  Enjoy!
Posted by art is in the kitchen at 8:46 PM